An Advent Calendar of Stories
December 02 2014 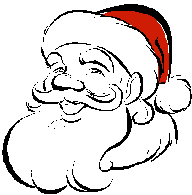 Mary heard familiar running. She covered the bowl of dough with a cloth and left it by the kitchen range to let the bread rise. The footsteps grew louder, the back yard door crashed open. Even before it had swung closed again, her son hurtled into the kitchen.
‘Copper!’ he gasped as he dived onto the sleeping shelf and hid panting behind the curtain.
The heavy sound of Constable Jackson’s boots went past and reached the end of the lane. Bob emerged and grinned, putting betting slips and money on the table.
‘He’ll catch you one day!’ she said.

About the Author
James Leeder grew up in the North East of England but now lives in London. After many years of work he is now spending more time on writing fiction, and trying to learn the piano.

Email ThisBlogThis!Share to TwitterShare to FacebookShare to Pinterest
Labels: An Advent Calendar of Stories, December 02, James Leeder, The Getaway