A Christmas Without Ghosts


An Advent Calendar of Stories 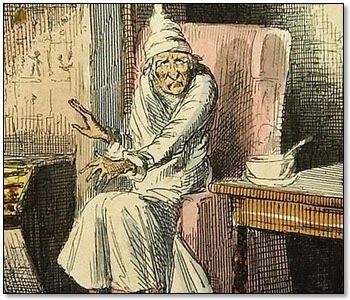 A Christmas Without Ghosts

The Constable solemnly reported finding the old man in the street, wearing nothing but his nightclothes. He was in a confused state of mind, and had given a passing child money to go shopping.
Next two gentlemen, both of good standing in the community, testified that he had unexpectedly offered them a huge amount of money completely out of the blue.
His company Clerk, a poor but honest man, told of his strange behaviour. After years of punctuality, order, his boss had lost all head for business.
The Magistrate, Doctor and Nephew agreed. Ebenezer Scrooge was committed to Bedlam.

About the Author
James Leeder is from the NE of England. After many years working in London he is now concentrating on writing fiction and learning to play the piano.