An Advent Calendar of Stories
December 05 2014 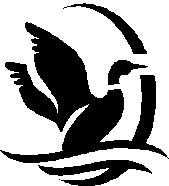 Jamie slammed the front door. He must feed the Resington giant ducks. It was like jury duty – everyone had a go. Finally it was his turn. Still nobody said he had to rush to the lakes. So he wasn’t going to do so.
Jamie felt the giant ducks on Earth Mark 2 sought revenge for all the duck a la orange consumed on Earth Mark 1. Last week the news revealed the ducks raided a now deceased shopper and did terrible things with her Paxo.
At the oval-shaped lake, Jamie hoped the ducks would look friendlier after eating their meat.


Alison Symes was published in Bridge House’s Alternative Renditions anthology (A Helping Hand) and long-listed in their Debut Novel competition. Writers’ News awarded second prize to Life is What You Make It. She has since been published by Cafe Lit (A Study in Magic and The Magic Flute) and also on Alfie Dog Fiction.
Posted by Debz Hobbs-Wyatt at 18:28

Email ThisBlogThis!Share to TwitterShare to FacebookShare to Pinterest
Labels: A Day Out, Allison Symes, An Advent Calendar of Stories, December 05, Strong Irish coffee