An Advent Calendar of Stories
December 19 2014 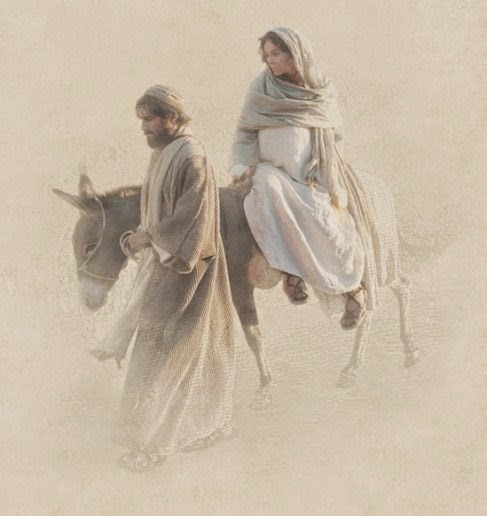 She wiped her face with her sleeve. Beads of sweat studded her brow, coalescing to trickle into her eyes.
“Here, squeeze this,” he said offering her his hand. “Shall we stop?”
“No!” she gasped, “We must keep going. I need…” the pain strangled the words in her throat.
He silently cursed the government for enforcing this journey. She needed rest and a bed for the night. Instead, they were miles from home and still hours from the relatives they must reach before the baby came.
“Faster!” he whispered in the donkey's ear, “But tread gently, you're carrying a precious load.”


Dawn Knox is married with one son and has been writing for several years. She has just had a YA eBook published, entitled Daffodil and the Thin Place and has written a script for a play to commemorate World War One, which has been performed in her town this year. Dawn enjoys a writing challenge and has had stories published in various anthologies, including horror and speculative fiction, as well as romances in several women's magazines. One of her 100 Worders is included in The Best of CafeLit 2014.
Posted by Debz Hobbs-Wyatt at 12:44