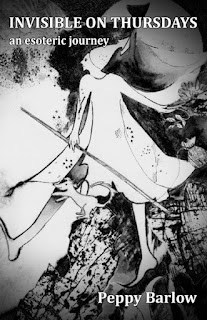 I am outside the gates of the village school.  Waiting for my son to emerge so I can drive home and get on with – who knows what I was getting on with in those days.  A bit of writing.  A lot of trying to reorder my life in my head. A ritual walk round the hill while he was at school.  I really had nothing I had to be doing but somehow every moment mattered.  I had convinced myself that drawing in and concentrating, even when I didn’t know what on, would make things happen.  I was like a child who thinks if you wish hard enough the world will bend to your will.

I see him.  He is wandering in the playground, chatting to a friend, completely oblivious of the boiling cauldron that is his mother standing fifty feet away.

He doesn’t seem to hear, or he has learnt to edit me out.  I shout louder.

One or two of the mothers turn and look at me.  I can see remarks being passed.

Adam looks in my direction but he doesn’t move.  He just stands there looking as though I am a feature in the landscape or a summer squall.  Something he can do nothing about.  Something he’s got used to.

This time I shriek, ‘Adam get in this bloody car right now or I’ll go home without you!’

He looks at his friend as if to say, ‘Oh well, I better go or my mum will explode,’ and begins moving towards me.

Mothers watch him as he passes. He walks towards me cloaked in their silent sympathy.

‘Now that’s a woman I could be friends with,’ a voice at my side.

I turn to see a small, dark woman dressed in Wellington boots, jeans and a battered Barbour jacket held together with string.  She is much shorter than me but there was a sort of concentrated energy that emanates from her. Two black button eyes that have me fixed to the spot.

‘Everyone else thinks I’m invisible.  You seem to exist,’ she says.

To be honest I am a little scared to find someone else in my landscape, someone alive at least.

‘Then what’s all the shouting about?  If you exist you can whisper,’ she says.

‘He hears you.  We can all hear you.  You make enough noise to waken the dead.’

‘Shit, am I making a spectacle of myself?’ I say.

I could have said ‘Oh no, I have to go home and concentrate on bending reality to my will.’  Instead I say, ‘Yes’.

My new friend gets into a battered Land Rover with a girl and two boys and I follow her back through the lanes.  It is spring.  White blossom in the hedgerows.  Daffodils planted under the trees by the side of the road.  There were daffodils when my sister died.  When we drove to the funeral.  It must have been this time of year. I thought then, I still think, how can anyone want to die when there are daffodils?

The Land Rover stops outside a beamed cottage with a broken gate and she unpacks children and a sack of animal feed.  A ragged dog stands at the gate wagging its tail. A couple of chickens are patrolling something which looks like a Belfast sink with bits of cast iron farm machinery attached to it.

To begin with Adam won’t get out of the car.  Thinking about it now he probably found any alteration in my mad routine quite unsettling.  I don’t yell at him this time.  Just tell him he can come in and play and we will go home soon.

The others are waiting for us by the gate and we all process up to the front door with the dog and chickens taking up the rear.

Indoors, the kind of chaos that children and animals and art demand.  Her husband is an artist she tells me. A sculptor.  Author of the sink in the front garden and other works about the house.  She had been a fabric designer before they started having children.  There are two goats and a pony out the back, she adds, as a sort of afterthought.

She moves a dog bowl off the table and pushes odd bits of bridle to one side before putting the kettle on.  Adam has disappeared to explore with the boys and we are alone.

We talk.  She says she had noticed me at the school for several weeks. She thought I looked rather standoffish and wasn’t sure whether to approach me.  And then today, the shouting had been so loud she thought I might need protection and had come over.

Protection seemed an odd word for her to use and then I thought, perhaps that is what I needed.  I felt very exposed up there on the hill alone in my little cottage.  Perhaps I was shouting to fill the space.  Hoping someone would hear me.

‘You don’t look as though you have much in common with the crowd outside the school gate,’ she says.

‘I’m forever having their children round for tea and play and rides on the pony but they never ask my kids back.’

‘Well, you may have it right.’

‘Only because I think it might take up too much of my time.’

‘Oh, sorry,’ she says, fixing me with her black button eyes, ‘Am I taking your precious time?’

‘No, no, I didn’t mean that.  It’s just that I am writing a book. I keep thinking if I can just get it finished I will be able to go back out into the world again.’

‘What world is that then?’

‘I used to be a journalist, before I had Adam.  In Ireland.  I lived with another journalist and his children… and… then I fell in love with someone else… chaos.  This is like being on a retreat. I don’t know how else to get things back in order.’

‘Order, now that’s something I don’t worry much about,’ she says, glancing round the kitchen.

I don’t say anything.  I don’t tell her how I walk the hill each day and go into the church and don’t exactly pray but walk round and round saying a mantra which is supposed to bring about the realisation of all you wish for.

‘I see you walking round the hill, same everyday,’ she says. ‘See you when I’m going to take the eggs to the shop.  Is that part of your getting things back in order?’

‘My name is Persephone, by the way,’ she says, ‘Persey for short.  I’m thinking of changing it.’

‘My name is Peppy, short of Penelope.  It really annoys me, the name they gave me.  Always waiting for someone to turn up.’

‘You must know the story.  Her husband Odysseus goes away to fight in the Trojan Wars and doesn’t come back for twenty years.  While she waits she is solicited by suitors who want her and her kingdom. But she tells them she is  weaving the winding sheet for her father-in-law and will only choose when she has finished the work.  Every day she weaves and every night she unpicks it so that she doesn’t have to make a choice. Endless bloody waiting.’

‘Oh, who are you waiting for?’

In truth I am still waiting for the fallout from Ireland.  The man I had abandoned my life for in the hope that he would realise he couldn’t live without me.  He was showing no signs so far.

‘We’re all waiting for someone,’ Persey says.

I look at her.  She’s looking down at the mug in her hands.

‘That’s what I thought.’

She doesn’t seem to want to say anything more.

We go outside to find the children.  Just by the back door there is a moulded bronze of her pregnant self.  One of her husband’s works of art.

‘What do you think?’ she asks as she turns to find me looking at it.

‘That’s rather how I feel,’ she says, casually putting her hand on the swollen belly.  ‘I don’t think I can have any more children.’

A little bit later, with dusk falling and the children parked in front of the television, she says, ‘Have you had your chart read?’

‘I read the silly things in the paper sometimes but they’re just for fun.  I did take one quite seriously when I was about to leave Ireland.  It said something about going on a journey to find out who I really was.  I was on my way here.’

‘I’ve been to an astrologer,’ Persey says, ‘I’m learning how to do it.  Can I have a go at yours – before I get to know you too well?’

Another lunatic looking for signs from the gods.  This was hopeful.

‘I’m learning the Tarot,’ I say, offering my madness in exchange, ‘I’ve got my sister’s pack and a couple of books.  They scare me to death.’

‘I don’t know.  I feel they have some kind of hidden power.  I lay them out.  I consult the book.  And then Adam wants something and I don’t like leaving them lying there on the table when I’m not in the room.  I feel as though they may come alive and go out into the world to create havoc.   Alright, I know, I’m mad.’

‘You think she saw it coming?’ Persey asks after a short pause.

‘Oh that.  I don’t know.  She talked about dying a lot.  Had been talking about it for as long as I can remember.  We stopped taking any notice.’

‘Father always said she would cry wolf once too often.’

‘Must have taken courage.’

My sister, Charlotte, had died just before I arrived home.  She was babysitting for my brother and his wife.  They also had a house on the top of the hill. They went out. They came home.  They had made up a bed for her in the study.  The room with the guns.  They heard something in the night. They thought it was the wind.   It was a wild night.  She had taken a gun.  Walked out into the wind and the rain.  Walked to the corner where the road fell down into the valley.  Climbed a barbed wire fence and shot herself.  The local farmer found her the next day.  He spotted her sheepskin coat.  Thought it was one of his animals in trouble.

I passed the place every day on my walk.  Out across the top of the hill, down into the valley and up past the bend in the road with a view out to the horizon where a line of trees seemed to stand on the edge of the world.  A thorn tree in the field where she was found.  This is where she left from.

‘If you’re going to die, that is a beautiful spot,’ I say.

We sit in silence.

‘So give me your birth details and I’ll see what I can do,’ Persey says after a while.

I wondered then if it was a good idea.  Did your fate run out in front of you like a giggling child until it delivered you to the edge of an abyss?  Had my sister looked too far and not liked what she’d seen?   Did I really want to know?