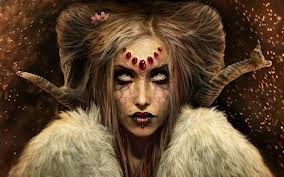 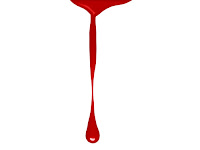 
Even at thirty I still love my mum to smooth a stray curl and push it lovingly behind my ear.  Her rhythmical touch is both mesmerising and meditative, never failing to send me off into a much-needed sleep.

My mother though, has been dead for sixteen years.
I’d spoken only to my younger brother of her visits.  I began recounting our mum’s late night drop-ins from the time he was a baby, and as he grew older it seemed natural to continue.  Jason never questioned me; he always believed. It brought a closeness that was sometimes, lacking.
Theresa Molineaux died giving birth to Jason.  I was fourteen and been waiting for a sibling for most of my life.  Often I would wonder that if I hadn’t talked incessantly of wanting a brother or sister, my mum wouldn’t have had another child.  And wouldn’t have died.
‘We both wanted another one, Angelina … it just took a while for the whole conception thing to happen to us a second time,’ Dad had said.
I was never sure if I believed him.
With Jason in my arms, I cried silently at mum’s funeral thinking, if you weren’t here, Jason, Mum would be alive.  But I loved him, which was just as well because in all but name I became his mum.  As I threw the wet, sticky soil onto the wooden box that held mum’s body, I promised her that I would look after him.
And that was the first time I felt the smooth cool fingers of my dead mum, pushing a rebellious brown curl back behind my ear.  Afterwards, this only occurred at night, in bed, with the lights down and me in the twilight zone of semi- sleep.  It always happened then.

I woke up in a small room.  I knew I was in hospital – the melange of antiseptic smells was too strong for me to be wrong.  My husband slept in a chair.  I moved my hands towards my stomach.  The memory of the demon, and the women, clear in my memory.
I had lost my baby. The demon had taken it.
And then in the room’s half-light I smelt the spicy smell.  My sadness a thing alive and living within me.
For the first time in sixteen years I saw the face of my mother.
She sat on my bed and slowly stroked my lank hair.
‘Don’t worry sweet Angelina, everything is fine.’
I smiled through tears, ‘Mum, it really is you.  This time it’s you?’
‘Yes, my darling.  It’s me.’  She continued stroking.
‘My baby, mum, – it’s gone.  Everything is my fault.  Letting those women in my house … ’
She placed a hand on my stomach, ‘No, your baby is still here,’ she patted the mound, ‘and happy – happy that you will be her mother, Angelina, as Jason has been happy for you to be his mother – you’ve done a good job with him, Ange.’  Her use of Jason’s name for me made me smile.
‘But what about the demon…?’
‘The demon doesn’t exist – only in your head – the demon is you, and maybe your so-called friends.  It, and them, represent your fears and anxieties, your insecurities.  You won’t be seeing it, or them again, I can assure you.’
My mum visited me only once more after that night.

It was five months later.  I watched as mum stroked my daughter’s unusual mop of hair.  The spicy scent much milder than I remembered.  No word was spoken.
I didn’t see or smell her again.  My peace exonerated her from further visits.  But she was always there, somewhere, on the edge.

Bio:
Julie-Ann Corrigan has had a number of short stories published including one in Bridge House Publishing’s Devils, Demons and Werewolves. Two of her stories were chosen of the Best of Cafelit 2011 and she has been shortlisted and commended in short story competitions. Her first historical novel is currently seeking an agent and she is currently working on her second novel.